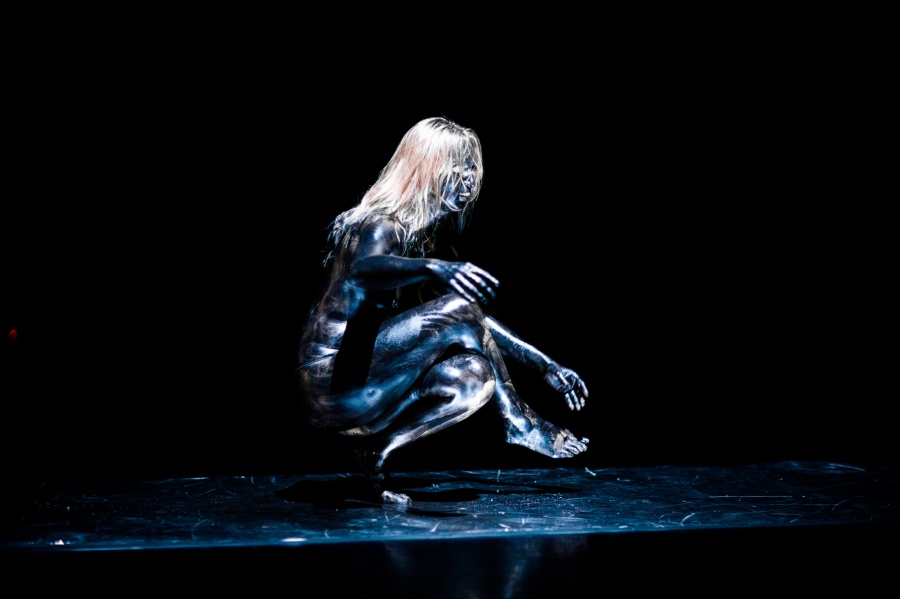 Solo works performed by the dancer as test subject.

Special guest of the Bazaar Festival

Manipulating manipulation. Silke Grabinger sets her own rules in someone else's game and in doing so defines her own freedom. What are the projections onto her person, which issues do choreographers connect her to and what does she make out of it? That’s what Silke wanted to find out by asking internationally renowned choreographers to create 10 minute-long performances for her.

There was no given topic or subject, the only rule was a time frame of ten minutes for each choreographer. Nobody knew what the other was working on. Whatever story was to be told by projecting it onto the ”test subject“, dancer Silke Grabinger, was completely up to the choreographers. It’s something like John Cage‘s ”chance operations” or William S. Burrough‘s ”cutup method”: you take it as it comes.

Silke Grabinger is a dancer and choreographer. She is a woman. She is a former breakdancer and danced for Cirque du Soleil. In Versuchsperson Silke Grabinger she puts everything of herself at the project’s disposal: her movement, her biography and her fondness for experiment.

This exciting experiment involved the choreographers Anne Juren, Philippe Riera / Superamas, Hubert Lepka, Oleg Soulimenko, Irena Curik, Dave St.Pierre, Astrid Endruweit & Michael Laub, Trajal Harrell and Benoît Lachambre as well as Austrian comedian Dirk Stermann and film director Arash T. Riahi. Each of these artists developed a solo piece for/in collaboration with Silke Grabinger. What’s special about this is that none of them knew what the others were working on.

In the end, none of them can say, who the “test person” is in fact: is it Silke as a dancer, or is it the choreographer and his/her projection on the dancer, or is it all the people sitting in the audience? The result is 11 individual pieces, of which 4 will be shown at the Bazaar Festival in Prague.

Presented as part of the Bazaar Festival by Motus, producers of the Alfred ve dvoře Theatre in collaboration with Österreichisches Kulturforum Prag.