S/He Is Nancy Joe 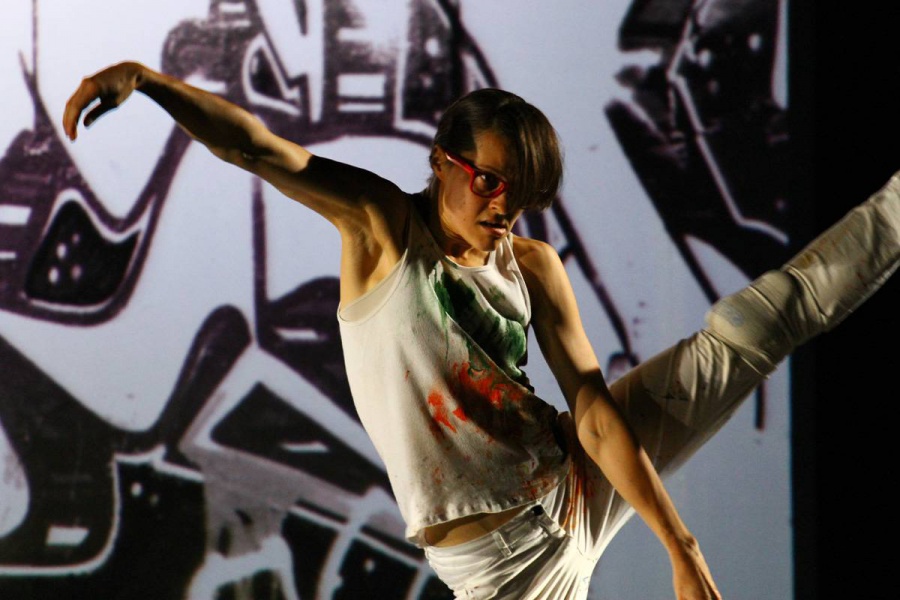 I was born as a girl. But I know for sure that it's a mistake.
A dance-visual performance of the generation influenced by street art, hip hop and comics that discovers street ballet, graffiti, and testosterone. Transgender, body alienation and the alienated body, loneliness within society due to difference, and the desire for happiness and freedom! A docu-drama between genres performed by Miřenka Čechová.

The piece was selected in the the Best of Dance 2012 category by The Washington Post.

The only way to know a person’s gender identity is if he or she tells you. It cannot bededuced from how the person looks, moves, dresses, or behaves, nor can it be determined by medical or psychological testing.

"S/HE IS NANCY JOE merges Čechová's street ballet with an “interactive” comic background that serves as a secondary narrator in a unique way. The third layer comprises music and commentary. All together, this mix plus the perfect play of the light creates an atmosphere that can send shivers down your spine at times—and just like a cold shower in the morning, this performance wakes people up and opens their eyes."
(Jakub Novák, aktualne.cz, 20. 7. 2012)

"Miřenka Čechová controls her lithe body flawlessly and can uncover the depths of chaos and desperation through motion and abrupt shifts in tension. Rarely, a humorous point lightens the serious subject matter. The hour-long performance is charged with a kind of energy that allows no respite for the viewer."
(Radmila Hrdinová, Právo, 19. 7. 2012)

“S/He” is poignant but also terrific fun (...) But most impressive of all is simply Cechova’s body, which she turns into a battleground of self-identity and societal censure.“
(Sarah Kaufmann, The Washington Post, 10. 11. 2012)

"Unlike older models of artistic activism which attack their audience as an enemy, Nancy Joe looks inward and shows you himself; not an object to be judged, but a person who is trying to survive the war being waged in his own body; a character that at once evokes personal recognition and empathy."
(Bethany Adams, Prague Film and Theatre Centre)