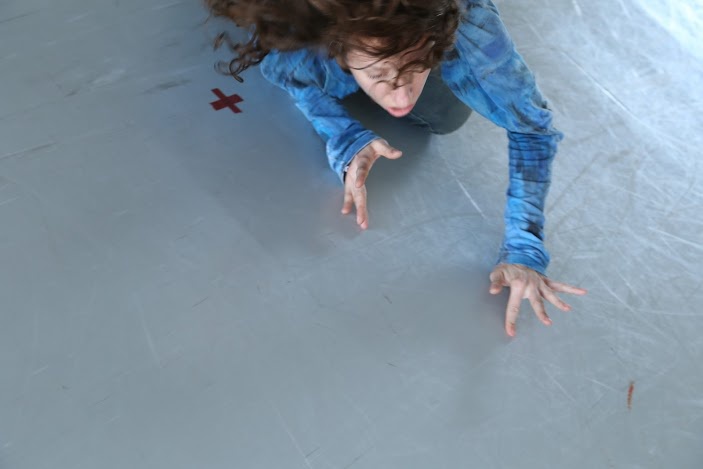 New productions, not just from the European scene, showing off promising new talents will be presented at special evenings.

Renowned Israeli choreographer Yasmeen Godder does not hesitate to open the floodgates to the deep currents of the subconscious and let it run counter to the rules of controlled social consciousness. Godder has been shaking up the world of choreography for nearly 20 years. Now she has joined forces with prominent figure of the young Italian dance generation Francesca Foscarini. Together they have created a solo that is a captivating, intimate interaction between inner and outer space, between body and mind, the seen and the sensed.

“...this astounding “dialogue”, immediately marked by the swaying, by the loss of control in the movement, shaken by violent discharges of energy, when it stops in a corner, watching the perimeter where it can intervene, it looks as if measuring the radius of action, the possibility to enlarge its movements and gain control over the territory again. Foscarini’s ability to master the space makes her a performer who is endowed with a dense stage presence”.(Giuseppe di Stefano, “Il sole 24 ore” – Festival Gender Bender, Bologna 2014)

Heamin Jung ’s authorial solo performance reflects her view of the world after she has turned thirty. Heamin Jung  was awarded the title of the Best dancer at the last year’s International choreography festival in Seoul. Love, work and relationships have all new connotations in her new phase of life, but the past sorrows and tendency to put interests of other people before her own make it harder to be truly herself. The fear of emotional pain is still present. In this intimate multimedia installation combining mapping, movement, and work with objects, the fragile dancer is seeking answers about the human nature and control. She admits that she cannot hide her emotional gestures. She is a woman, after all.

A captivating movement lament over the loss of one particular Limerick theatre. The theatre at 30 Cecil Street was for many years a place of social gatherings, debates, creation and sharing. In the work dancer and theatre practitioner Dan Canham evokes the spirit of a lost place out of sound recordings and fragments of memories, and asks what is lost when a theatre ceases to exist. The former member of the renowned DV8 Physical Theatre has long focused on projects that map missing stories and shared, yet unconscious, experiences. He creates portraits of people and places using film, dance and sound collages.