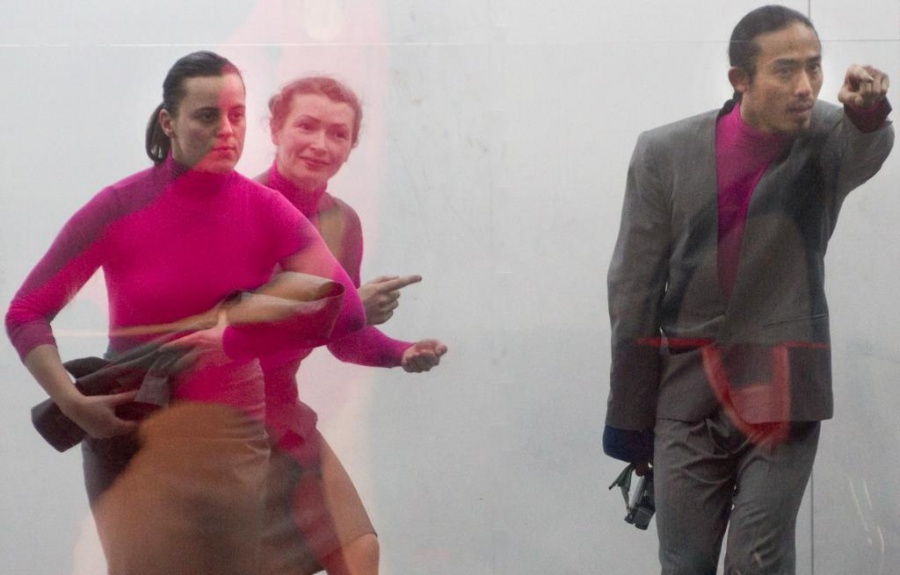 What lies beneath the marketing created images of the corporations whose products we consume daily? The desire to discover what is “behind” this and to inform the world about it led a young group of activists to collect concealed information, and to uncover the criminal practices of a multinational concern. They came to understand that they could not break free from this corporation’s influence. But after what they had discovered they couldn’t simply go on as before. What to do? And “who is” this corporation against whom they are fighting?

The production Whistleblowers is not merely an “Orwellian fantasy.” It was created on the basis of true events which came to a scandalous judicial conclusion in Switzerland only in 2013. A well-known food corporation placed a spy, a young woman under a false name into a group of young activists. She feigned interest in the group’s cause while handing over personal information about members of the group and their sympathizers in foreign countries to the corporation. This information is linked to still unsolved murders of the corporation’s rebelling workers’ union members in third world countries.

Whistleblowers is a hypnotic and disturbing probe on the borders of physical theater, video and documentary theater. In the performance quotes are heard both from victims in the case and also from corporate lobbyists that the creators met with in Brussels. In this project once again members of Farm in the Cave made a targeted penetration in to a world which had until then been unknown to them. Whistleblowers is not traditional political theater, even so it raises questions about the influence of corporate lobbying on democratic principles of western societies that cannot be avoided.

"A stylized, yet truly realistic theatre to give you goose bumps as its poetics and aesthetics layer over real life stories.”
(Lucie Kocourková, Opera Plus, 4. 4. 2014)

“A technically fascinating physical theatre, bursting with mechanical preciseness and expressiveness. One of the final images even emulates an optical illusion.”
(Michal Novák, i-divadlo, 3. 4. 2014)

“Vilo Dočolomanský's choreographic talents strike even stronger than before. Also the visual character of Farm in the Cave's pieces has undergone a major transformation: from ritually romanticising model of Polish physical theatres they have taken a step towards a colder, one generation younger, model of space featuring video projection."
(Nina Vangeli, The Theatre Journal, 28. 4. 2014)