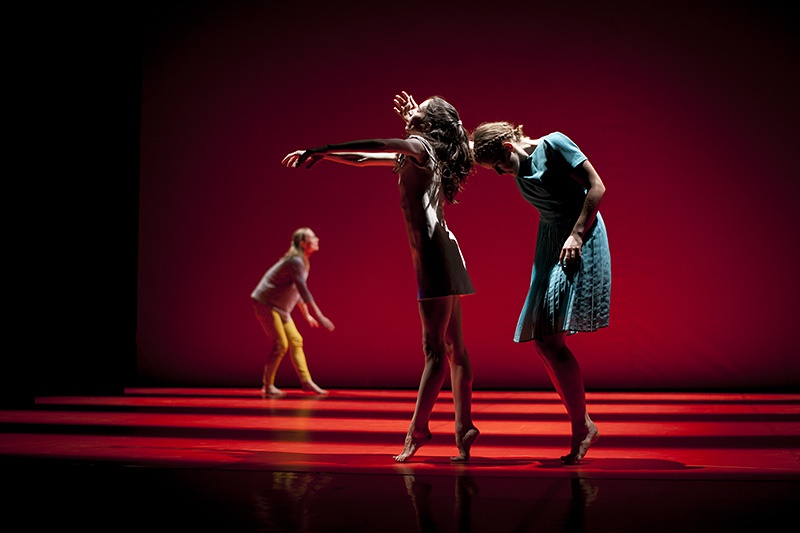 Running away, fleeing, a mad dash that never stops. At least once in our lives we all experience the feeling of being a fugitive. We run. Five dancers fighting with their own power and one invisible sniper in the audience. An artwork that emerges on the scene via a barrage of colours. If you don't run, you will die. Memories of people in danger in Sarajevo and the Maidan in Kyiv, and of people in crisis situations in the Middle East. The threat can come from anywhere and at any time. Spitfire Company is looking for a new language of the body built on running and its variations. The rhythmic structure recalling the choreography of act two of Swan Lake in a piece by American composer Sivan Eldar.

Since the Second World War there have never been so many migrants on the move as there are today. They aren't only running away from something, but to something. Fear and hope. The unseen threat is an inseparable part of our reality. It paralyzes us, but also triggers reactions, where one overcomes oneself.

There are two Czech words for refugee "uprchlík" and "běženec" and they have their roots in verbs meaning to escape or to run. Running becomes the essence of choreography. Just as in our lives.
After the acclaimed presentation of the performance One Step Before the Fall examining the themes of exhaustion and Parkinson's disease and Animal Exitus examining the theme of trauma, Spitfire Company again embarks on the thin border of the battle which one must wage with oneself in order to defend one's own dignity.

Spitfire Company is an arts group that includes physical, experimental and dance theatre. At present it is one of the most progressive authored theatre groups in the Czech Republic. Spitfire Company has won many international awards, such as Aerowaves Priority company 2014, The Herald Angel Award, Total Theatre Award, Best Female Dancer and Best Light Design 2013, and others.

Petra Hauerová: I appreciate the theme over the form. It is very topical, almost timeless, striking and most important in many aspects, also relating to the public opinion. The events that followed the creation and that currently seem to form our everyday reality make the theme strike home.