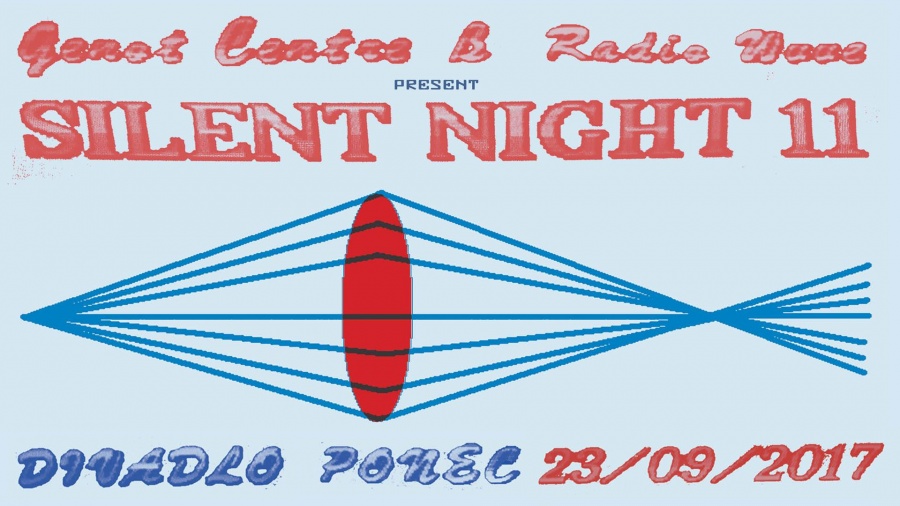 SILENT_NIGHT#11 is kindly supported by the Ministry of Culture of the Czech Republic and Prague City Hall.

Thanks to Radio Wave, Genot Centre collective and PONEC Theatre you can experience the eleventh edition of an ongoing series of sleepover concerts, this time with two foreign producers whose current works are exploring the depths of sonic outer space followed by Czech audiovisual and multimedia experimentalist Jiří Suchánek. The main foreign guest will be German sound-art legend Stephan Mathieu, one of the most important people in electroacoustic music of the past twenty years covering genres like ambient, drone, field recordings or musique concrète. Another Czech concert premiere will be held of Ipek Gorgun, a new name on the Turkish experimental electronic scene whose exquisite debut album Aphelion was released by the infamous Touch label. On the other hand Jiří Suchánek, formerly known as Mateřídouška, will hit the stage again after some pause with his fresh “Atom Tone” project based mainly on audification and sonification processes.

SILENT_NIGHT#11 will take place at Prague’s PONEC Theatre on the 23rd of September 2017 and it will finish again with a shared breakfast in the morning. The capacity is strictly limited to 40 overnight tickets and 30 tickets for the first part of the night. Presale of “sleeping tickets” starts at 10:00 AM on the 5th of September 2017.

SILENT_NIGHT#11 is kindly supported by Ministry of Culture of the Czech Republic and Prague City Hall.