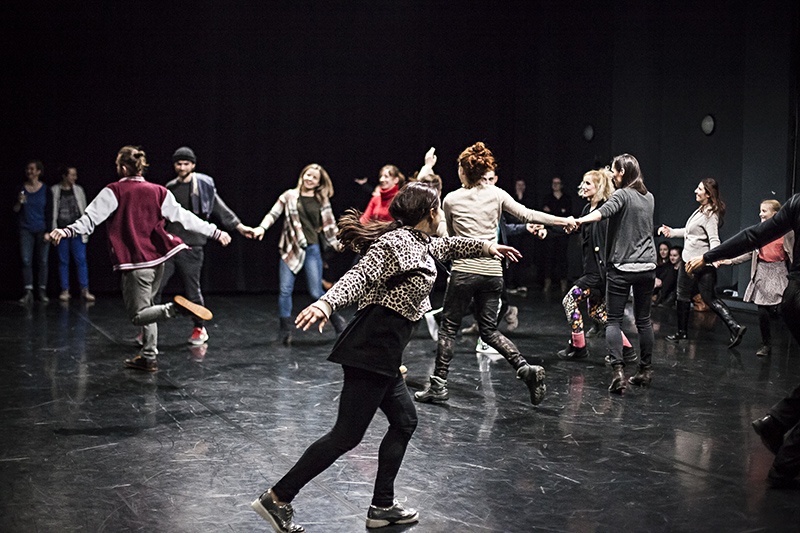 We have a specia l offer or those who are going to see the premiere of a new performance by Renan Martins / DØ√Σ Ç @ KS: Saturno, and fest! on October 18 in Studio Alta. Show the ticket from premiere at PONEC Theatre box office and you will receive the ticket for performance REPLAY for 100 CZK!

The chasm between action and reaction, the generator of disappointment and satisfaction. 5 dancers move as if their bodies carry endless stories, mysterious events and traumas. Together they solve puzzles, unlock riddles and break spells.

After 10 years living in Europe, the Brazilian choreographer Renan Martins takes a step back to look at the European stereotypes on Latin culture. He works with the passionate, colourful, overdramatic reactive aspect of these stereotypes to create a performance where meaning is not overly important, as much as the fact thatevery action means something.

Together with ME-SA collective and light designer Katarina Duricova, they create a space that is equal parts tragic and comic, romantic and dry, absurd and narrative. REPLAY is the second cooperation between Renan Martins and the Czech collective ME-SA. Their first work Let Me Die In My Footsteps joined Aerowaves network as one of the top 20 works in 2016.