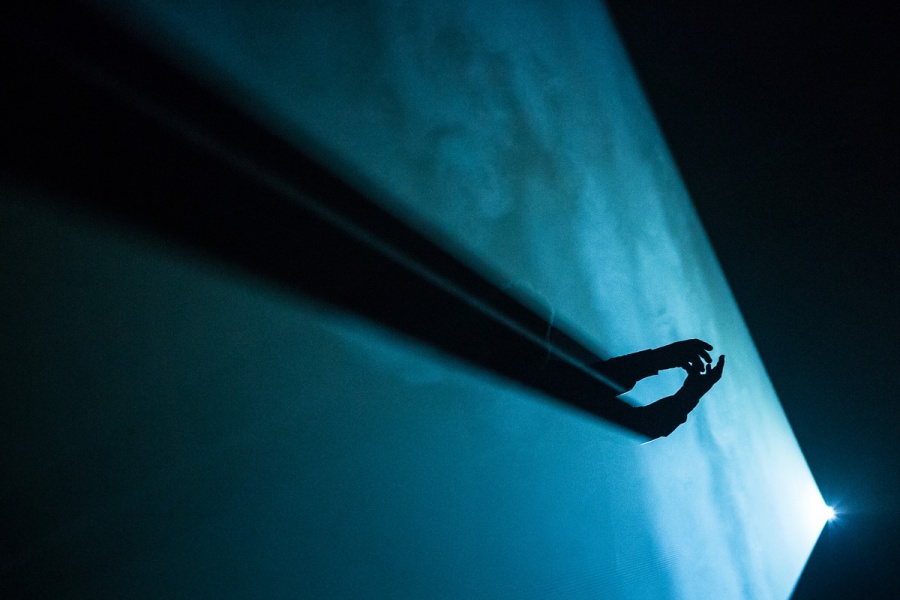 What if one day we could look back at our life – would there be things we might want to do differently? Would we be able to avoid what we now see as mistakes? If we could ask for advice, what questions would we have? An audio-visual piece in which back then and now become one.

Nina Vangeli: Unlike any other piece, Guide is extremely intelligent, loaded with dynamics and action in its work with optical light illusion. A mystical message concocted of sci-fi technology and hermetic references.

"GUIDE is a relatively innovative concept in this country, in particular thanks to its combination of very specific work with light and dance, making it a foreshadowing of the future and a preview of dance in formats that we aren't quite used to or in tune with yet, which on the one hand is surprising, especially with regards to the ubiquity of technology in everyday life. Ondruš's character is somewhat reminiscent of Saint-Exupéry's Little Prince and also assumes something of his melancholy. His dancing, in spite of its precision of movement and control, is very lively and natural. His older self, portrayed here by actor Miloslav Mejzlík, in many respects represents Ondruš's alter ego, rather than the expected "successor in time", which as a result reflects well the often vast changes of human character over the years. As much as both of them have the same interest and are simultaneously formed by the same experiences, just to a different degree and extent, the approach to movement within this search for the self is a good illustration of this transformation."
(Jakub Novák, Taneční zóna)