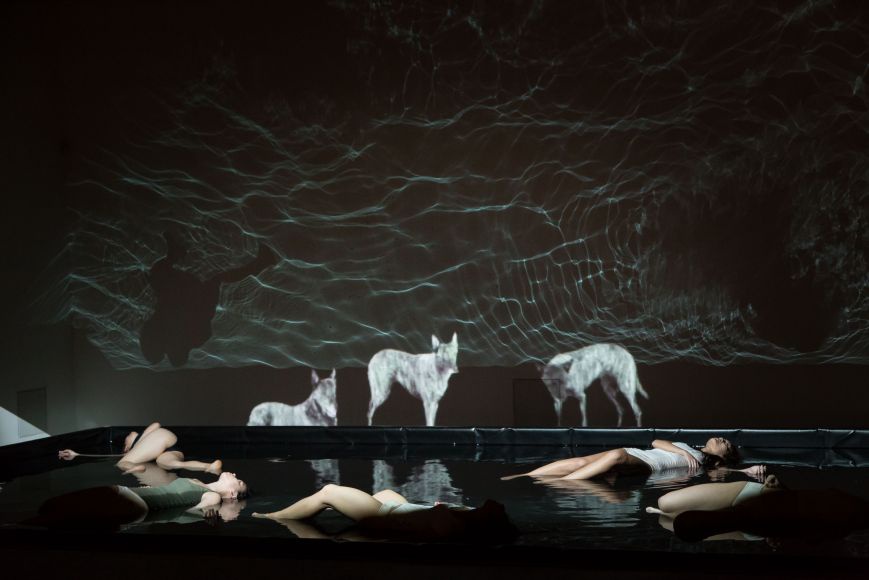 The members of Farm In The Cave were inspired when meeting young people from the Czech Republic, Tokyo and Scandinavia who live in great isolation in large cities. These people are hypersensitive individuals, incapable of returning to their jobs or school and unable to return to society and “succeed” despite perhaps wanting to. This phenomenon known as hikikomori (in Japanese “pulling inward”) was first discovered in Japan but has been gradually appearing in more and more countries around the world, yet experts are unable to expound it. The term hikikomori refers both to the sociological phenomenon of acute social withdrawal and the people belonging to this societal group. Hikikomori is sometimes called the “illness of modern society”. The composition entitled Odtržení/Disconnected is a unique blend of installation, documentary and physical theatre, which arose from the observation of hikikomori. The composition combines action, video and text with live music, and is part of a project called Night In The City which aims to explore sensitive modern issues. This exploration is the current focus of international theatre studio Farm In The Cave.

Yvona Kreuzmannová: With a number of heated debates to its credit, the piece proves the precision bordering with obstinacy of an artist who knows to stick to his story. There are images that imprint deeply in your mind and force you to replay theme again and again, as much as the descriptiveness of the theme may also hinder your fantasy.