The fifth and final Be SpectACTive! International conference will take place at York Theatre Royal the 29th and 30th of October. The conference will mark the conclusion of the Be SpectACTive! project on audience engagement and active spectatorship in the performing arts, funded by Creative Europe. Over two-days the conference will present the results of the activity undertaken over the past four years across the partner organisations, bringing together industry professionals from across Europe as well as academics, artists and representatives from the European Union, Creative Europe and cultural policy makers.
Three round-tables will explore key themes and issues:
• The notion of cultural democracy and the role of audience participation in performing arts and cultural policy
• The impact of active spectatorship and audience-centric approach in artists' practice.
• How taking an audience-centric approach can change how organisations work
The Be SpectACTive! partners will also present two collections of essays and a film documentary showcasing the difference experiences and practices of active spectatorship over the past four years of the project.
The project
Be SpectACTive! is a project funded by the Creative Europe programme of the European Union about performing arts and audience engagement. Its members are: Municipality of Sansepolcro and CapoTrave/Kilowatt (Italy), Bakelit Multi Art Center (Hungary), Domino (Croatia), LIFT (UK), Radu Stanca National Theatre (Romania), Tanec Praha (Czech Republic), York Theatre Royal (UK). Research aspects are followed by: Fondazione Fitzcarraldo (Italy), Le CNRS (France), Universitat de Barcelona (Spain), Université de Montpellier (France). 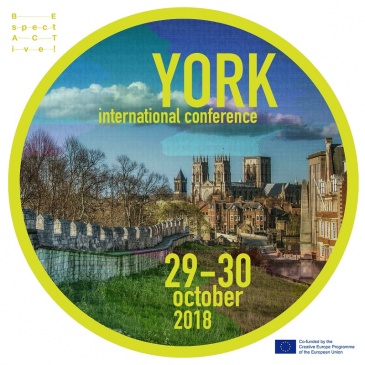