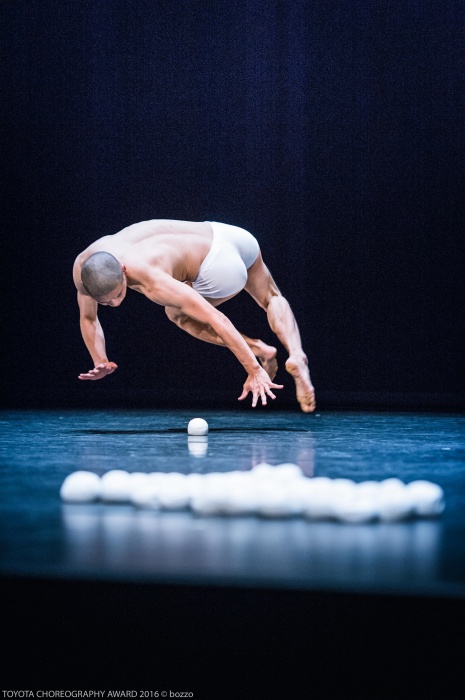 Circus Katoen: As Heavy As it goes

Circus Katoen: As Heavy As it goes

Young artists, Willem Balduyck and Sophie van der Vuurst de Vries, met during their studies at the Codarts Rotterdam Circus School, since then they perform as Circus Katoen. In As heavy as it goes Circus Katoen explores different aspects of physical labour. Weight has always been a key element in Circus Katoen’s practice, especially working with the equilibrium of their two bodies. With this performance they want to grotesquely elaborate on this element by using the 18 kg bags as a challenge.

Amid the increased attention on contemporary circus in recent years, Hisashi Watanabe has emerged on the Japanese performing arts scene like a shooting star with a new type of performance that skirts the boundaries between contemporary dance and juggling, which he calls “Floor Juggling.” With his minimalist solo performance, Invertred Tree has succes not only in Japan but also abroad. His performance displays his unique physicality, combining amazing flexibility and control of his body and it will be presented to czech audience for the first time. Hisashi alone says about his performance: When I was little, I used to walk on all fours around the town at night. Climbing on the fences and poles, jumping off, and holding my breath not to be found by passersby. I was thinking how to trace back from the tip of the evolutionary tree to its root. And now, I’m trying how to be an animal with the human body. I think neoteny, the form we acquired during our evolution, the ability to keep the many possibilities without specializing, encourages us to search and discover the unknown. It might be the tolerance of the species that can reserve insignificant elements.