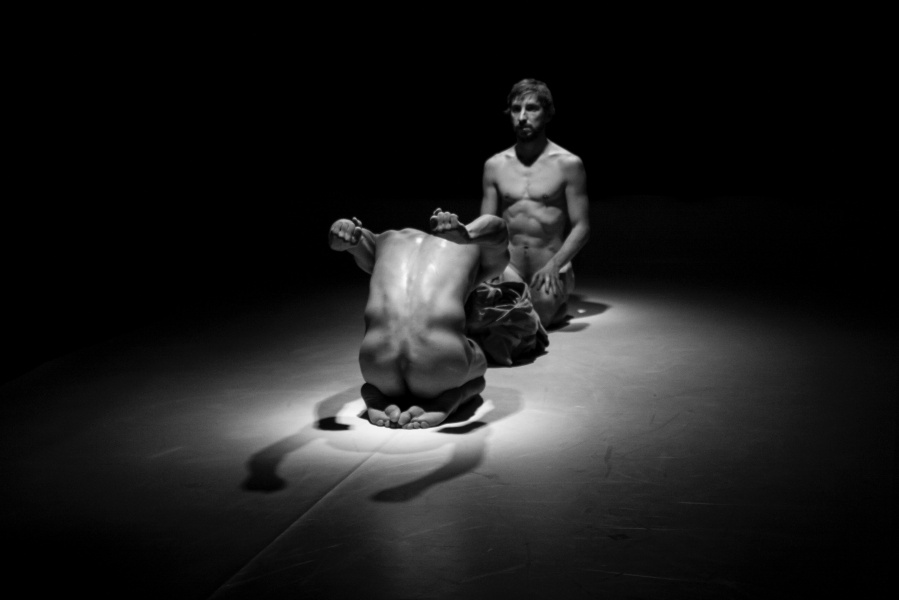 A physical game with spectators' nervous systems, inspired by the text and illustrations in the book of the same name, where language and body are forced beyond the boundaries of their own rules.

ANIMALINSIDE is a dance creation inspired by Laszlo Krasznahorkai’s and Max Neumann’s book by the same name. A suite of poem like stories by a figure who seems to be able to augment the dimension of himself in time and in space, which drastically shifts his relationship to the material world, larger than all things, caught in a tautening moment. But then there is this suffering demons relationship to men, which adds a psychological layer to the shifting axis of this thing’s capability.

ANIMALINSIDE is display of the understanding of two humans who share the acceptance of the power in oneself that is even stronger than domestication he must impose on himself as a desire to be among others. It is a belief in this deeper power, a dark magic in the play of sublimation. At its core, it is a faith in the body’s ability to speak a true language. ANIMALINSIDE is an investigation of extreme states of man’s relationship to his own body in relationship to another man in relationship to viewers.