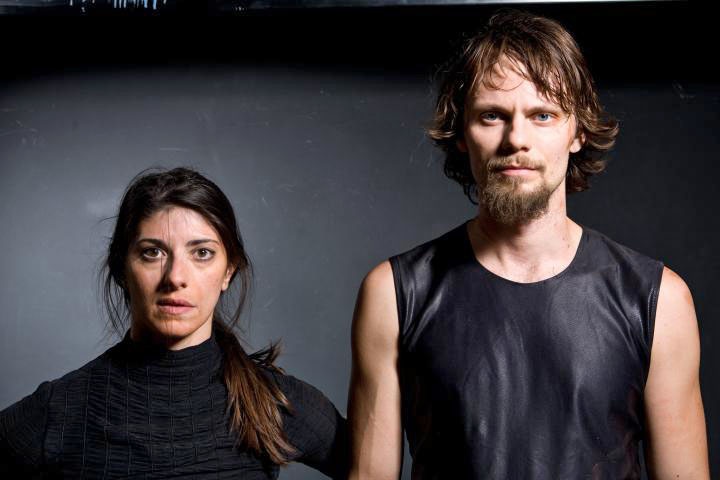 RootLessRoot Company was founded by dancers Linda Kapetanea (1973) and Jozef Fruček (1975) in 2006 in Athens. Their works are characterized by a chaotic and raw movement and heroic themes; the performances often reflect current sociopolitical events. Since its founding, the group has presented numerous projects ad dance festivals in most European countries, and also in Korea. They often appear alongside current stars such as Pina Bausch and Sasha Waltz, and also give dance workshops.

Jozef Fruček graduated from DAMU in Bratislava (PhD 2002).
From 2002–2005 he was a member of Wim Vandekeybus's Ultima Vez.
From 2005–2006 he worked on his own projects with the Royal Flemish Theatre in Brussels.
In 2006 he and Linda Kapetanea founded the RootLessRoot Company – a platform for his
own artistic projects and teaching.
Since 2012 he has been teaching at the University of Ludwik Solskeh drama department in
Krakow.
Together with Linda, he developed the &quot;Fighting Monkey&quot; program, using martial arts
methodology in teaching dancers, actors, performers and athletes.
He organizes workshops at festivals, vocational schools and sports facilities all over the world.

Linda Kapetanea graduated from the State Dance School in Athens before going on to study at the Merce Cunningham Studio and Movement Research and Dance Space in New York.
In 2002, she won the Greek Ministry of Culture Award as Best Dancer of 2002–2003.
From 2002–2005 Linda worked at Ultima Vez.
In 2006 she co-founded the RootLessRoot Company with Jozef Fruček.
She and Jozef created the "Fighting Monkey" program for the preparation of dancers, actors, performers and athletes.